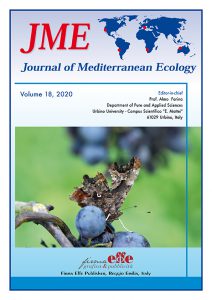 The world’s easternmost natural stands of Cupressus sempervirens L. (Cupressaceae) in the Hyrcanian forests of Iran

Mediterranean cypress (Cupressus sempervirens L.) is naturally distributed in the eastern Mediterranean (from Crete Island to Saudi Arabia) and parts of Iran. So far, habitats of this species have not been thoroughly studied in Iran. The main objective of this study is to document the state of the knowledge on the chorology of Cupressus sempervirens populations in Iran and to introduce new populations discovered by the authors. Floristic studies and comparisons between habitats have been performed in this research. Our study, done in the eastern parts of Golestan province harboring the eastern end of Hyrcanian forests, has revealed five new discontinuous habitats of Mediterranean cypress and characterized their ecological and conservational values. A total of 685 species belonging to 357 genera and 85 plant families were also identified in the area.