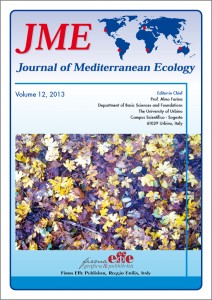 Fipronil is a broad use insecticide that belongs to the phenylpyrazole chemical group and is used to control a variety of insects. The present study was aimed to evaluate the potential genotoxic and mutagenic effects of this compound in Wistar albino rats exposed to two different doses of fipronil using chromosomal aberrations analysis and micronucleus assay. Rats were divided into 3 groups. The first group treated with 1/4 LD50 (25 mg/kg. b.wt). The second group treated with 1/2 LD50 (50 mg/kg. b.wt) for 24, 48 and 96 hr, besides the control group. The results of the present study revealed that structural chromosomal aberrations in somatic cells specially centromeric attenuations, fragments, breaks and deletions as well as total structural ab- errations and micronuclei increased significantly in rats treated either with 1/4 or1/2 LD50 of fipronil for 24, 48 and 96 hours compared to the control group. However, the frequency of numerical variation (peridiploidy) in the fipronil treated groups was not significant compared to the control. The peak of chromosomal aberrations and micronuclei frequency induced by fipronil occurred at 48 hr after treatment. In conclusion, fipronil was found to be genotoxic and mutagenic to rats and induced high rate of chromosomal aberrations and micronuclei. This encourages us to seek for alternative products of natural origin that are efficient in controlling pesticides and neither toxic to living organisms in general nor to the environment.

Invasive plants in the Mediterranean basin: which traits do they share?

Species extinction processes are closely linked to human activities. Among the human factors identified as responsible for the loss of species, introduced species are the second-leading cause after habitat degradation. Plant invasions are particularly important in the Mediterranean Basin. Attempts have been made to describe factors associated with the invasive characters of plants. However, only a weak proportion of exotic plants really becomes invasive. In this contribution we review typical morphological and physiological traits that favour the invasivibility of plants into the Mediterranean Basin with a focus on ornamental species in this region. The aim of this study is to review the factors linked to the invasibility of the Mediterranean Basin ecosystem and the attributes shared by invasive plants in the Mediterranean area. The review shows that there is no unique profile of a typical invasive plant.

Arctodiaptomus salinus is a widespread species in different regions including Mediterranean. Long-term study has shown the presence of the species in the Crimean lakes under the salinity from 5 to 210 ‰. The logarithm of the species density in a lake is inversely proportional to salinity. Earlier experimental studies have shown that the upper salinity limit of the species is 70-100 ‰. Authors explain this discrepancy of field and experimental data that at salinities above 70-100 ‰ copepods consume exoosmolytes, mainly with food. A. salinus is an osmokonformer; to survive under osmotic stress it utilizes mechanisms of the cellular level – accumulates the osmolytes. Every time when we found A. salinus under high salinities, we observed unicellular green algae Dunaliella salina bloom. D. salina intensifies the synthesis of osmolytes under high salinities, which can be up to 80 % of the dry weight of the cells. Probably A. salinus gets enough osmolytes by consuming Dunaliella to live under salinities above 70 ‰. Conclusions: The halotolerance limit of A. salinus is not determined purely by its physiology;  the metabolism of community, as a whole, determines the upper limit of halotolerance of animals-conformers.

Notes on the phenology of Dittrichia viscosa

Dittrichia viscosa L. (W. Greuther) (Asteraceae) (synonym Inula viscosa) is a common ruderal plant occurring in the Mediterranean region. It is important as natural food source for caterpillars of butterflies and moths and can be employed in biological control as resource for predatory insects. Furthermore, it is a weed in some countries, e.g. in Australia. Despite its wide distribution, its use and common employment, and its threat as invasive plant, little knowledge has been scientifically assessed about this species. In this note we present a descriptive study of the phenology of D. viscosa in Southern France.
D. viscosa with its nectar and pollen resources delivered in late summer and autumn attracts and maintains populations of arthropods, some of which may be beneficial arthropods employed in biological pest control. Knowledge about the phenological cycles of this plant species therefore is of fundamental value.